The EU is astonished, unveiled & refusing to learn

The last 10-15 days were full of developments and revelations on the international scene. What is interesting is that for those that follow the Greek national affairs, the foreign policy, the EU politics etc. without blinkers, taboos or prejudice, it has been more of a confirmation. It was a series of “revelations” for everybody else…

By Panagiotis A. Karampelas*

There are four main political issues that took place and they are all linked to one another.

Firstly, it is the sudden and severe deterioration of the relations between Turkey and the Netherlands. The statements from both sides were continuous and escalating in aggressiveness.The situation reached such a point that in the European Parliament the other EU countries felt the need to declare openly and officially their sympathy and their alignment with the Netherlands, with almost tearfully moving statements like “the Netherlands is Europe and Europe is the Netherlands”.The situation became so serious that for the first time ever the proposal to cease the accession negotiations with Turkey was actually thrown on the table.

The situation up to a point could be entertaining, if it wasn’t for a particularly serious aspect.It could be entertaining because the rest of the Europeans once again stand amazed as yet another of their mythsthey were so sure of, that of the “good and useful Turkey”, collapses before their very eyes. Our partners are discovering with horror what we Greeks know about the nature of Turkey,literally,for centuries. We yawn with a sense of…boredom and we watch them experiencingin obvious surprise the Ottoman -albeit verbal- barbarism.

The particularly serious aspect, though, that takes away the entertaining element from this case, is the clear confirmation of the “double standards” our “Common European Country” applies. We see our partners unitedstating their solidarity towards the Netherlands, while being ready todestroy their relations with Turkeyon the account of some tough statements made by Ankara.

We did not witness, however, the same sensitivity, the same tough stance and the same reflexes towards Turkey, regardingthe fact that it has 35.000 troops illegally occupying for the last 43 years about 37% of the territory of an EU member state!We did not hear them say to Turkey, “first your army will leave Cyprus and only then willthe accession negotiationsbegin.”Of course,NOT! You see, OUR Netherlands is one thing, while……the…you know……the what’s-its-name…Umm……Cyprus, is totally different and obviously not as important.

One can only wonder, exactly how much of a sucker (if not anything worse…) must the average Greek-Cypriot citizen feel after this demonstration of “double standards” by the E.U….

Greece on the other hand, is formally threatened with a Casus Belli (cause for war) by Turkey, in case Athens makes use of its rights as they arise from the International Law, whileAnkara claims Greek islands -again- with severalhighly inflammatory statements, that coincidently were made at the same period as the Dutch-Turkish diplomatic conflict. And, of course, they violate the Greek air-space and territorial waters systematically on a daily basis for DECADES. Literarily! We are not talking about a few “verbal attacks” here. We are talking aboutTurkish frigates, military helicopters, corvettes and armed jet fighters that have also cost the lives of a few Greek pilots over the years, who happened to becitizens of this“Common European Country” too. But let’s not make a big fuss out of it… Europe “needs” Turkey after all!

With all this, and without even considering the issue of the Greek economic crisis, can anyone really argue that it would be an exaggeration if the average Greek felt as a 2nd class “European” citizen? The small dry twig of the family tree, the punk teenage nephew with the leather jacket, the bangs and the piercingsthat hishigh societywider family is ashamed of, but can only buttolerate with a hoity-toity discomfort?…

And if some people didn’t get it, a completely extra-institutional body came-the meeting of the founding members of the EU- to tell us about the need to establish the “two speed”Europe. And despite all the reassuring statements to the contrary, guess to which “speed” they predestine us… It makes sense, since they want us as a cheap subservient workforce, a place to “Partey”during their summer vacations and as a place to store illegal immigrants and whomever else they don’t want to keep.

And if there is still someone who refuses to comprehend what the reality in the EU is, JeroenDijsselbloemtook to sort things out once and for all. He said what our creditors/partners say behind our backs and closed doors so many years now. He showed everyone the true image our northern “fellow citizens” have for themselves and for us, the southerners. They work hard,while we spend our money “on alcohol and women”. These are the cheap stereotypes he chose to repeat, refusing stubbornly to revoke.

But why should he revoke? He has the Honorable Dr. Schaubleby his side, who was the only one who ran to his defense, making ridiculously clear even to the completely ignorant ones, the real relations and balances within our “Common European Country”.

And when GeertWilters lost in the Dutch elections, there was a sigh of relief from all those who lose their sleep over the EU, its unificationpolicies etc. The “phenomena” of “populism” and ofthe “extreme right”(as they soderogatorily choose to call them)were defeated and Europe returned to its “normality”. Business as usual! Articles and analyses begun to surface on how Europe has one more opportunity to be politically united in one country more quickly and more closely than before, asafter all this turmoil what they understood -and they say it bluntly- is that “we need more Europe”…

But despite their post-PhDs and prestigious titles, none of them made this simple thought: “Now, after this ‘close call’, let’s see what we did wrong and all these ‘bad people’ became so influential. Let’s see how we will avoid in the future such situations, hearkening the concerns of those common people who turned to these ‘extreme populists’”.Nop! Nobody thought of that… God forbid! So, let’s go straight for more Europe, as if nothing happened at all.

And when this myth they have built in their heads will be collapsingas well, and seeing that the people will reach any extremes necessary to be heard by the elitists in Brussels, they may remember that throughout history, everything that was done in absentia of the people had no luck whatsoever…

* Panagiotis A. Karampelas is a Strategic & Political analyst. 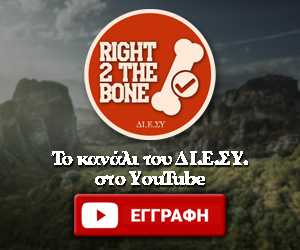